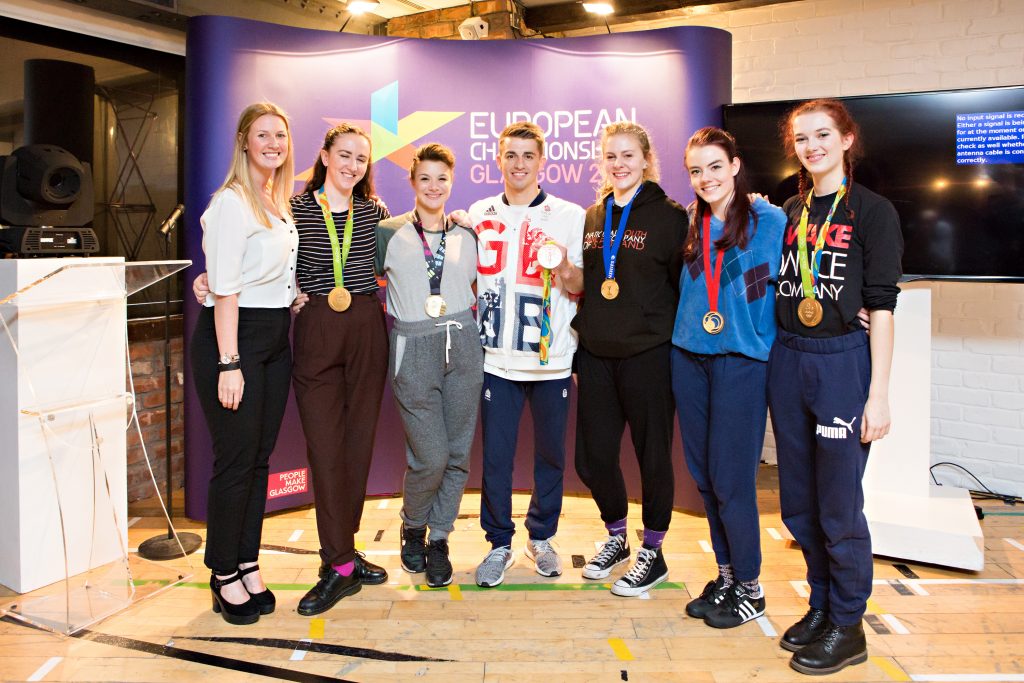 Five young dancers from Scotland took to the stage in front of some of the UK’s top sports journalists at a recent lunch event for the Glasgow 2018 European Championships at Altitude London.

The girls performed their impressive routine with the London cityscape as a background and guests were blown away at their athleticism and dance moves.

To top the night off, the girls even got to meet double Olympic gold medal winning gymnast, Max Whitlock who gave them a shot of his medals.

The event, which was attended by over 50 professionals from the world of British sport, was held to raise awareness of the first-ever European Championships which will take place in Glasgow in August 2018.

YDance were delighted to play their part in the launch event and the performers received plenty of praise from the assembled guests.

“The night was a great success and we are extremely thankful to YDance for helping to build excitement for what will be one of the biggest sporting events we’ve ever seen in Glasgow. Their performance encapsulated the energy and excitement that the European Championships will bring to Glasgow in 2018 and we hope that they enjoyed their moment – our guests certainly did.”