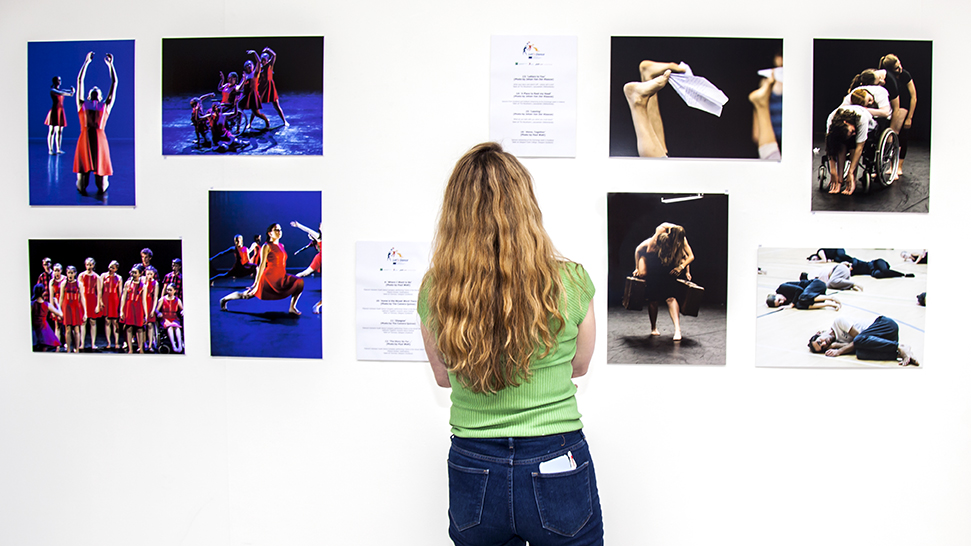 On Friday 31st March, YDance launched it’s Let’s Dance Exhibition at Tramway, Glasgow. The exhibition – a celebration of the Let’s Dance European project – runs until Sunday 9th April 2017, and showcases photos and film footage from workshops, exchanges and performances taken over the past 18 months.

Let’s Dance is a community dance project YDance is delivering with European partners Agencia Andaluza de Instituciones Culturales (Granada, Spain), DeLOOPERS (Bremen, Germany), and Keunstwurk (Leeuwarden, Netherlands). The project offers young people and other artists the opportunity to build their experience in community dance through a series of local and exchange workshops. The project aims to inspire new creative work through artistic co-production, and engage new dance audiences across Europe.

Guests were invited to a special lunchtime launch event and were treated to a special performance by Kirsty and Catriona from Horizons, YDance‘s integrated youth dance company which was formed as part of the Let’s Dance initiative. There was also a Q&A session with the dancers and their Artistic Leader, Kelly Shearer.

Below are some highlights from the Let’s Dance Exhibition launch. Photos by The Camera Quines.