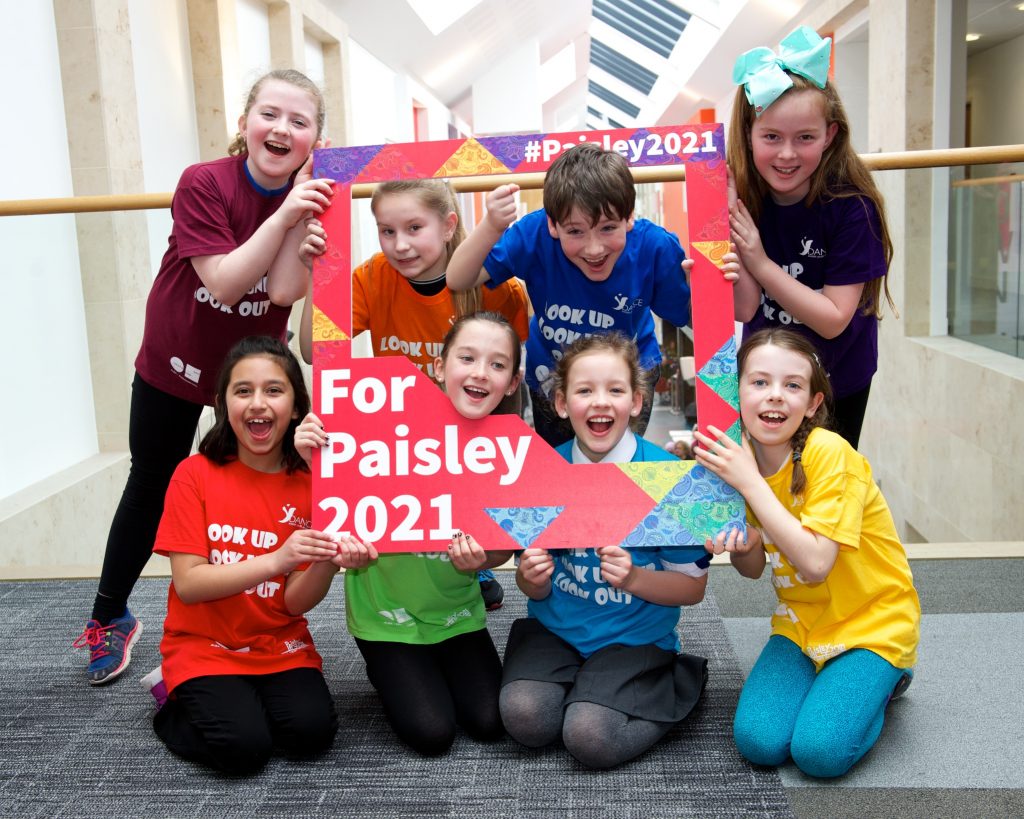 Pupils from eight primary schools across Renfrewshire performed to a packed house at Johnstone Town Hall last Thursday to show their support for Paisley’s UK City of Culture bid as part of the YDance project Look Up, Look Under, Look Out.

The project, run by YDance (Scottish Youth Dance) in partnership with Paisley2021, has aimed to develop children’s creative dance skills and engage their imagination.

For the past 12 weeks, the young people of Lochwinnoch, Arkleston, Fordbank, St John Bosco, Inchinnan, St Paul’s, St Fillan’s, and Howwood Primary Schools have been inspired by a building or piece of architecture from Renfrewshire, and with the support of YDance staff, created a dance piece using the history of that place.

The historical visits, cross curricular lessons and creative dance classes culminated in a final performance where the pupils showcased their final pieces to a packed auditorium at Johnstone Town Hall.

“We were delighted to be working with YDance on this project, funded through Renfrewshire’s Culture, Heritage and Events Fund, which aims to increase the numbers of people involved in culture in the area and help the local creative scene grow. The end-of-project showcase was a really colourful and entertaining spectacle and it was great to see Renfrewshire’s school pupils being inspired by their own heritage and surroundings.”

“Renfrewshire has above-average participation rates in dance and a really strong local scene, including groups such as right2dance, who were also involved in delivering workshops as part of this project. That local scene will be a strong feature in Paisley’s UK City of Culture 2021 bid when it is lodged with the UK Government next month.”