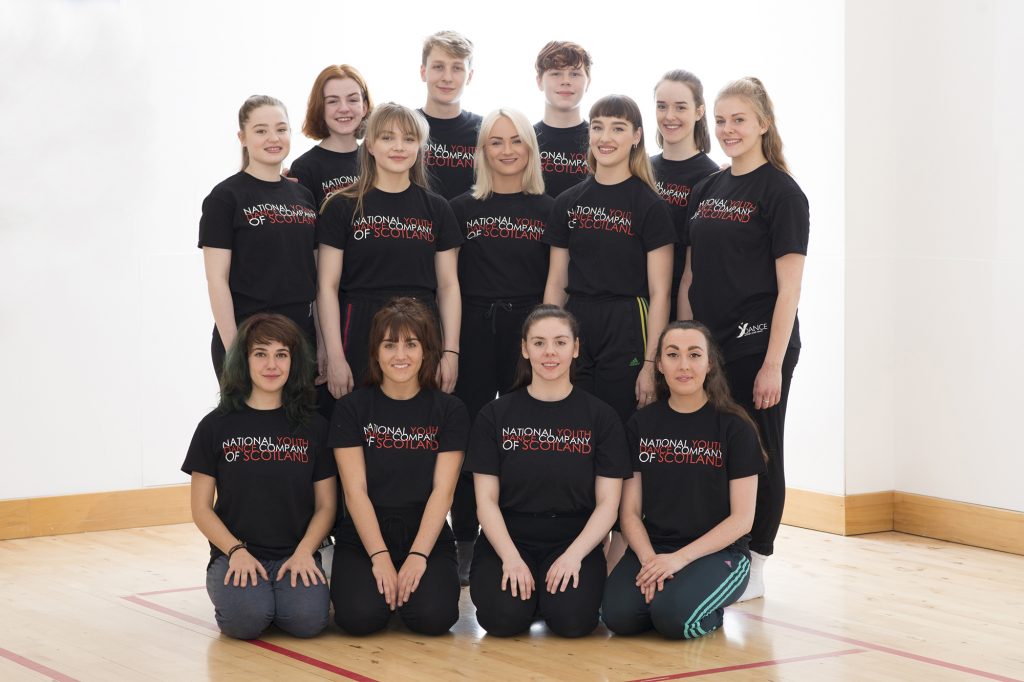 Launched in 2012 by YDance – the national dance organisation for children and young people in Scotland – the Company work with Anna Kenrick (YDance Artistic Director and NYDCS Choreographer) to develop their technical, creative and performance skills through a series of creation intensive weekends.

Members also have the opportunity to perform both nationally and internationally at a number of high-profile events and festivals. Previous performances have included Apex Rising at Sadler’s Wells in London, the Dance Bridges Festival in India, the Danspunt Festival in Belgium, an exchange with QL2 Dance in Australia, Dance International Glasgow (DIG Festival) at Tramway, Commonwealth Youth Dance Festival, Merchant City Festival in Glasgow and U.Dance Festival in London, Nottingham, Salford, Birmingham and Leeds.

“The National Youth Dance Company of Scotland was formed to ensure that the extremely talented young contemporary dancers we have in Scotland have an opportunity to show their talent to the rest of the country, UK and world. Since 2012 the company has grown from strength to strength, performing in a variety of big name venues and festivals and receiving outstanding feedback. This year the talent at the audition was incredible, making it very hard to select only 13. However, the ones who made it through did shine, with their incredible technical skills and creative voice which showed individuality and honesty. They showed they had what it takes to be a member of the company. I’m sure this company is going to flourish and together we will create a new piece which will show audiences the talent they have.”

The 13 dancers will now work with Anna to create an exciting new piece to be premiered in February 2018 and toured nationally and internationally until August. In March, the Company will jet off to Melbourne, Australia to take part in an exchange and performance opportunity with Yellow Wheel Dance Company.