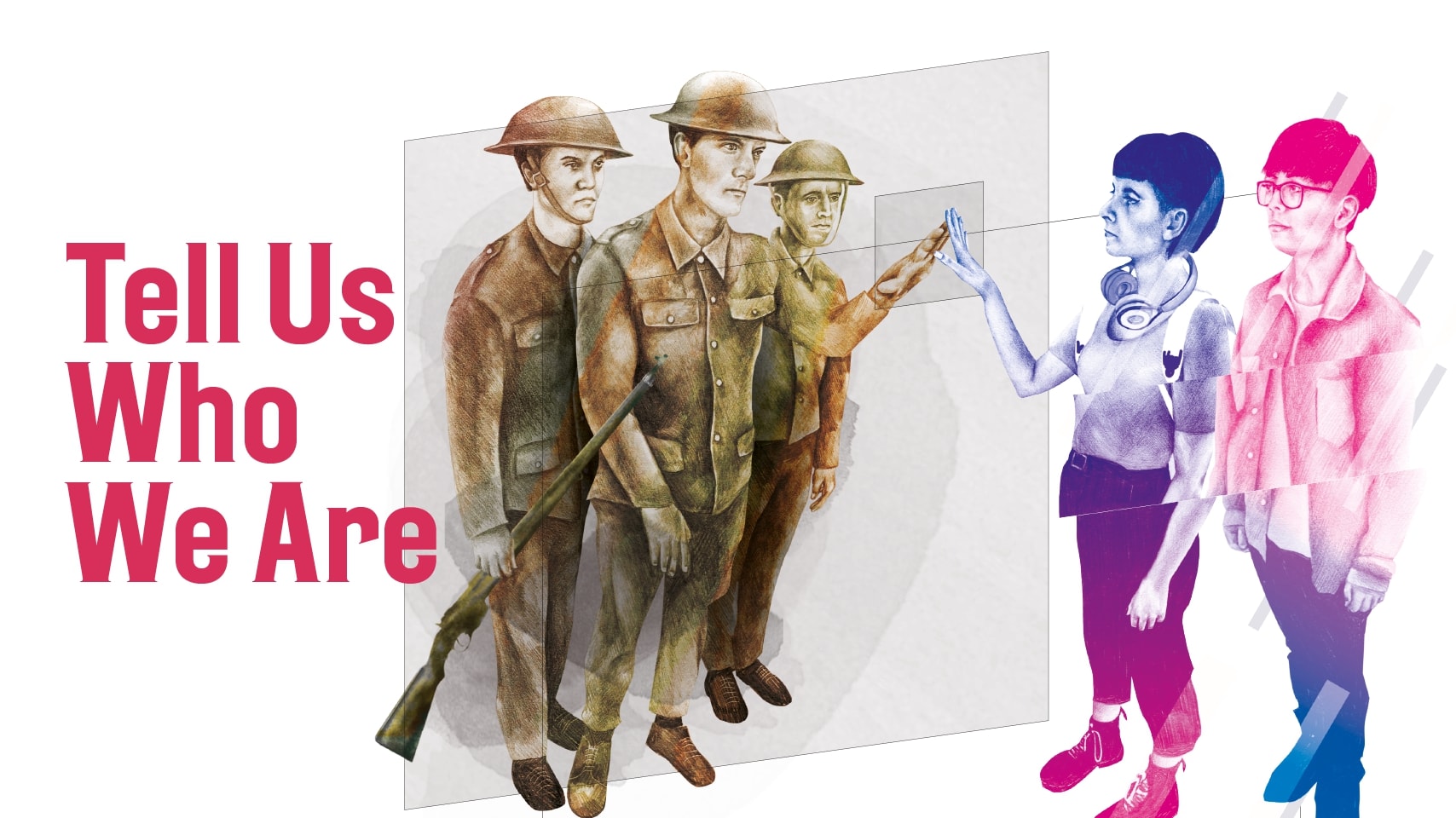 It was supposed to be the war to end all wars, but here we are in 2018, and wars are still being waged across the globe.

In Tell Us Who We Are, we, the young people ask what can we tell you about war? In this, the 100th Anniversary year of the end of the First World War, what can we, the mollycoddled, millennials with our safe spaces tell you about anything?

Through the prism of war, we contrast our lives to those of all the young people who have lived in the century following the end of WWI. We have all the information we could ever need about the world at the touch of a button, but now, in the Year of Young People, we want to know what the world thinks of us. Is our voice being heard?

Featuring performance, dance and new music, the young cast will be joined by a forty-strong choir and community cast to inhabit the iconic space of the Old Fruitmarket venue. Working with arts professionals, the collective has developed this piece to reflect, represent and celebrate the voice of young people today.

Tell Us Who We Are is part of Festival 2018, the cultural programme for the Glasgow 2018 European Championships.