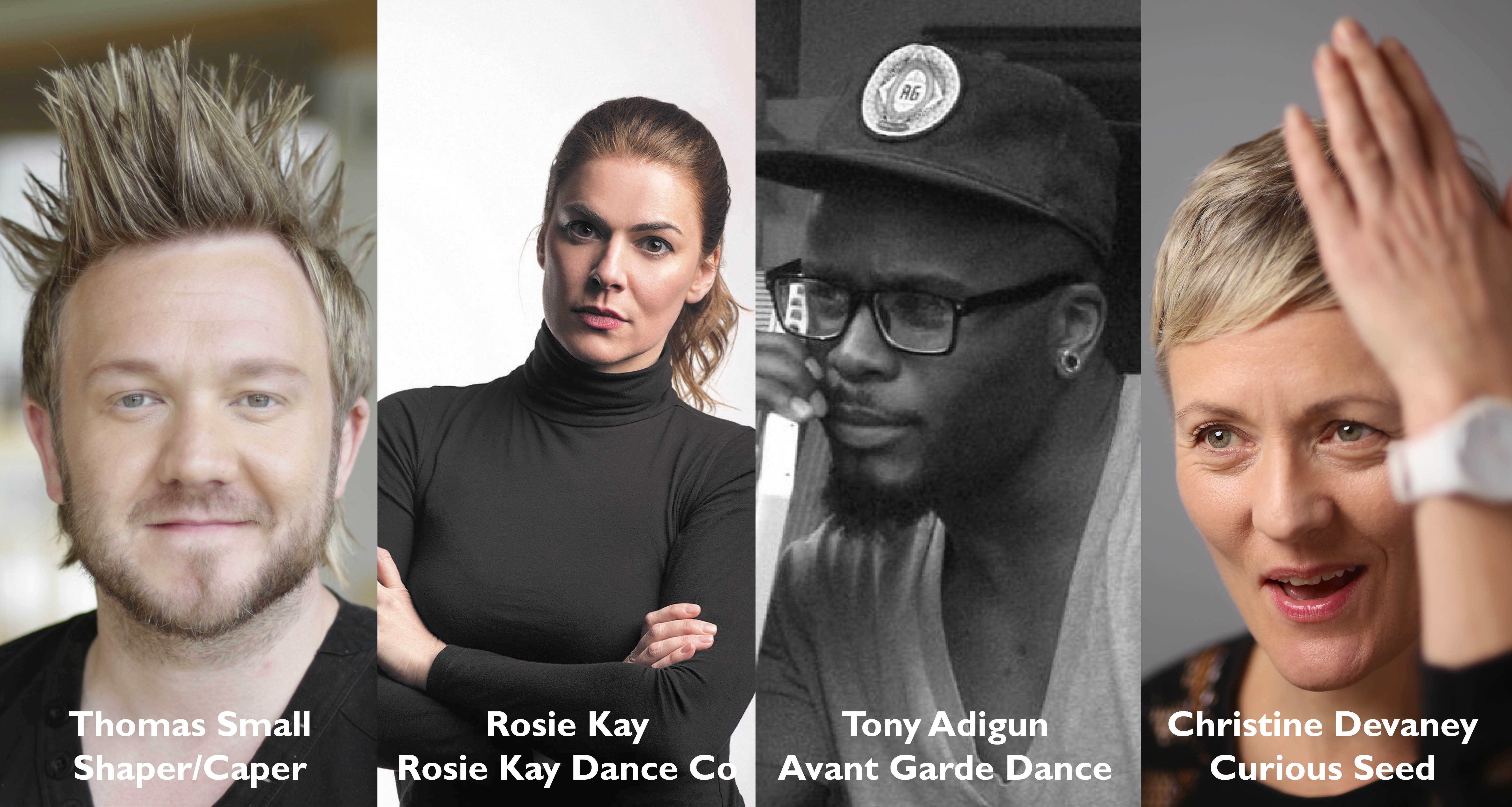 Four acclaimed choreographers have been announced for the Project Y Performance Course 2019.

Over four weeks, Tony Adigun, Christine Devaney, Rosie Kay, and Thomas Small will work with some of the UK’s best young contemporary dancers to create a collection of four new and exhilarating contemporary dance works to be performed across Scotland this July in the annual Project Y tour.

Project Y is the only intensive dance training programme in the UK offering young dancers, aged 16 to 21, the experience of creating, rehearsing and performing as part of a touring contemporary dance company.

Spending four weeks during summer as a member of the Project Y Company, dancers will work with the four choreographers to create and rehearse four new dance works before performing in venues across Scotland.

Tony is an award-winning choreographer, dancer, creative director, curator, educator, and mentor. He started his career in the commercial dance industry, where he choreographed and toured with big personalities like Janet Jackson, Usher, Ashanti, Mel B, JoJo, Cheryl Cole, Paloma Faith and Whitney Houston. Later on, this led him into working for brands and TV roles taking the spot as Creative Director of Sky One’s ‘Got To Dance’. He has also worked with commercial giants such as Cirque Du Soleil, Nike, Adidas, and the BBC and has obtained international success.

Currently, he is positioned as Work Place Artist at The Place and at the same time the founder and artistic director of the progressive Avant Garde Dance. He has gained respect and admiration from the highest echelons of the dance industry keeping virtuosity, integrity and musicality as his core creative components. Music is his first passion and it is his proficiency in sound that develops into movement and choreography. He continues to challenge audiences and is resolute in his belief that young people of any background can reach the highest level.

Born in Glasgow, Christine trained at London Contemporary Dance School and has been performing, choreographing and teaching throughout her extensive career, which started with Dundee Rep Dance Company (Scottish Dance Theatre).

Her work spans across dance and theatre. She performed and was associate director with V-tol Dance Company for 9 years, and since 2005 has been Artistic Director of Edinburgh-based dance theatre company, Curious Seed. Other companies she has worked with include: Plan B, Quarantine, Frantic Assembly, Yolander Snaith Theatre Dance, TAG, The Unicorn, Catherine Wheels Theatre Company and Lung Ha Theatre Company.

Her work for The National Theatre of Scotland includes movement direction on their production of Macbeth (2012, Broadway run 2013), The Wheel (2011), and co-directing the award-winning Venus as a Boy (2007). Christine was an Associate Artist with Imaginate 2011-2013.

Rosie Kay (BA Hons) FRSA, MCR St Cross College, Oxford, born in Scotland, danced from a very early age, then trained at London Contemporary Dance School, graduating in 1998, before a career as a dancer in Poland, France, Germany and the USA. Kay returned to the UK in 2003 and set up Rosie Kay Dance Company in Birmingham in 2004.

Kay’s works include the multi-award-winning work 5 Soldiers- the Body is the Frontline (2010/15) based on intense research with the British Army and screened live online by BBC Arts as part of the programme at Sadlers Wells 2017, MK Ultra (2017/18) the pop conspiracy work made with BBC film-maker Adam Curtis, and other works such as Motel (2016) a collaboration with visual artists Huntley Muir, Sluts of Possession (2013) created with rare archive material from the Pitt Rivers Museum, Oxford, There is Hope (2012) exploring religion, Double Points: K (2008) a collaboration with Emio Greco| PC and Asylum (2005) based on research with asylum seekers. Kay recently choreographed the live BBC Commonwealth Games Handover Ceremony, watched by over 1 billion people worldwide and has worked in film as the choreographer to the feature film Sunshine on Leith (2013).

Outdoor works include Modern Warrior (2017) based on vintage martial arts films and is touring outdoor festivals, Haining Dreaming (2013) in the Scottish Borders, and The Great Train Dance (2011) on the Severn Valley Railway as part of London 2012. Kay has worked with The Birmingham REP Theatre as Associate Director to the large-scale work Woyzeck (2018) with Roxanna Silbert, Birmingham International Dance Festival and Birmingham Royal Ballet. Kay was the first choreographer appointed Leverhulme Artist in Residence at the School of Anthropology, University of Oxford (2013). Awards for her work include Best Independent Company (2015) and nominated for Best Choreography for 5 Soldiers (2015), National Dance Awards and nominated for Best Independent Company 2012 and 2017, a Royal Society for Public Health Award for support to military communities, and the Bonnie Bird New Choreography Award.

His critically acclaimed work ‘Within This Dust’ was part of the Made in Scotland showcase in 2012 and has since been presented nationally across the UK and internationally in Berlin, Belgium, Sao Paulo and New York.  It was shown to sold out audiences at the 9/11 Memorial Museum at ground zero in NYC in April 2017.  In 2018, Thomas was commissioned to choreograph the opening of the V&A Dundee featuring a cast of 500 young people alongside 8 professional dancers and dancers from Scottish Ballet for an audience of 10k people and broadcast on BBC2.

Thomas is a lecturer at Scottish School of Contemporary Dance, a Trustee at The Barn and Co-Chair of Dundee Pride.